Why do they hate Citrix? 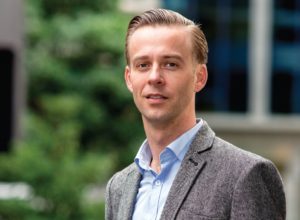 Given my position, I’m used to hearing great feedback from Citrix XenApp/XenDesktop users, but it’s true to say myself and the Deptive team do come across negativity from time to time. It’s high time I addressed these concerns in this blog – we can only talk to so many people!

So, why the negativity?

Complaints we’ve heard include: “I worked somewhere where it was crap, our users tell me it’s crap, it takes ages to log in, there’s a lag when typing, it looks like Windows XP, fuzzy display, slow to scroll images, video/audio is terrible. Are these features of XenApp? Is that just the way it has to be? No way! Citrix is the market leader for a reason: no one can rival their end-to-end suite of products and they have strong vision.

Were not disputing these complaints are based on real user experiences; it is absolutely possible to deliver a bad user experience if things are not done right in the first place and/or managed effectively once operating.

To add some balance, I’ve heard comments from users in traditional desktop environments that they would only turn off their laptop/desktop when absolutely necessary, because it took so long to boot up and log in!

Lets look at the facts

Here in New Zealand, there is a growing base of innovative organisations that are very happy Citrix XenApp/XenDesktop users, including Icebreaker, Flight Centre and Mainfreight.

Globally, adoption of desktop virtualisation has doubled in the last four years, with the largest amount of that growth having occurred in the last two years. Citrix XenDesktop is used by more than 100 million active users around the world. XenDesktop transforms desktops and applications so that users can access them from any location, via any device and at any time.

According to a new Enterprise Management Associates Research Study on Desktop Virtualisation: Keeping pace with emerging requirements for improved application and data mobility, security, and high-availability, desktop virtualization is enjoying a new renascence in adoption and technological advancement.

Some of the key findings in this study include:

If an organisation isn’t seeing these benefits, then something isn’t right:

It needs to be done right to get the benefits

Its vital to take the time to plan out and adequately resource your desktop virtualisation implementation. Below are six key pieces of advice that we give our clients:

Enough crawling; it may only take some minor tuning, or something more substantial, but Citrix XenApp/XenDesktop can most definitely sing and dance.