While dodgy print drivers no longer often cause a BSOD, they are still an on-going source of issues on Citrix XenApp farms, namely print spooler crashes and application crashes. Resolving print driver problems within a production environment is challenging and time consuming due to user testing and the change control requirements of live environments, so suck it up and spend the time doing thorough testing during the project to ensure you don’t enter a world or printer pain later on.
My interpretation of thorough is stress testing the print driver using Citrix’s StressPrinters utility followed by UAT to ensure the printer driver meets the user’s needs.
I just wrote the following guidelines for a client and thought I would share: 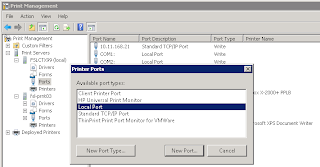 The symptoms of a failed stress test are one or more of the following:

Note that a successful test may still show warning as shown below:

If a print driver fails the stress test go back to the vendor’s web site and hunt around for an alternative driver and try again. While this process does take some time to complete, the resulting stable XenApp farm is worth the effort.