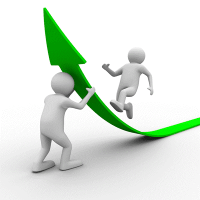 Great, you’re an existing Citrix customer. Pat yourself on the back for your wise purchasing decision. You’ve got a bunch of XenApp or XenDesktop licenses, but are you making the most of your existing investment? To figure this out you will need to find out 3 things:

Do you have active Citrix Subscription Advantage (SA)/Software Maintenance (SWM)?

Even if you have let your Citrix SA/SWM elapse, you may still be able to upgrade at no cost – check the Citrix Product Subscription Advantage Eligibility Dates table to determine your upgrade eligibility.

Based on these three pieces of info there are way too many unique combinations for me to cover here, so I’ll concentrate on the top 6 ways we help our customers make the most of their existing Citrix investment.

Let’s keep this above board; I’m referring to Citrix licensing costs only. An upgrade may well incur Microsoft Windows, Office and RDS CALs license costs, but if you’ve got current Citrix Subscription Advantage (or your SA elapsed after the release of the version you want to migrate too – see point 3 above) you have full entitlement to the latest version of XenApp and/or XenDesktop. Just login to MyCitrix.com and re-allocate your license file – you may need to upgrade your Citrix license server to make use of the new licenses. Now give these guys a call to help you design and build your new XenApp/XenDesktop environment – I hear they’re very good 😉

One of key benefits of XenApp/XenDesktop isworkload provisioning. Ok, so what does that really mean? Most of us who have been in the Citrix game a while know that managing a large, or even not so large Citrix environment has some challenges. Consistency is one issue; how do you ensure users get a consistent experience as they connect to different Citrix servers/desktops? How do you quickly and consistently add capacity? How do you easily rollout new applications and updates, and how can you easily rollback those changes? Citrix provide two ways to remove these headaches which means your IT staff spend less time building, troubleshooting and maintaining the environment, and your users get a consistent experience. Citrix Provisioning Services (PVS) and Citrix Machine Creation Services (MCS) provide this virtual desktop management nirvana. To get your hands on PVS you need XenDesktop Enterprise, XenDesktop Platinum, or XenApp Platinum. For MCS, you’ll need XenDesktop (any edition), or XenApp 7.x. If you’ve got the right product/edition, there is no additional licensing cost for MCS or PVS. For more information on PVS, see this Deptive blog.

User profiles are a common source of issues in any desktop environment. In a Citrix environment where users are roaming between XenApp servers, profile management is even more important. Citrix Profile Management is included with all editions of both XenApp and XenDesktop so get in and start using it now.

A lot of Citrix customers use XenApp only, and while we find XenApp will deliver apps and desktops to 80% or more of users, there are some use cases that don’t fit with XenApp – such as:

For those users who fit into one of the above scenarios, XenDesktop can be used to introduce VDI and compliment XenApp. With VDI each user has their own Windows Desktop OS which gets around the above limitations of XenApp. XenApp and VDI are only two of Citrix’s five “FlexCast” desktop delivery options, so if you’ve got other use cases, chances are one of the FlexCast models will fit. You will need XenDesktop Enterprise or XenDesktop Platinum to take advantage of all the FlexCast models. If you’re one of the many Citrix customers who has XenDesktop Enterprise or Platinum licenses, but have only deployed XenApp, then you’re all licensed up for XenDesktop. If you have XenApp licenses you’re not completely left out; Citrix have a trade-up to XenDesktop program which reduces the cost associated with moving from XenApp to XenDesktop.

We’ve all been using Citrix Web Interface for many years now, but Web Interface is no longer being developed by Citrix and will be end-of-life in August 2016. StoreFront is the successor to Web Interface, and like Web Interface, it’s free. StoreFront allows you to create an enterprise app store where users can browse available applications and choose those applications required for their role. I believe the most useful StoreFront feature is allowing laptop users and mobile device users to roam between your internal network and the internet and access their Citrix applications using the same method. For laptop users, then can mean using the same start menu shortcut in the office sitting at their desk, and when working from home at the dining room table.

When you are considering upgrading OS, upgrading applications, installing new applications or upgrading/changing internet browser, App-DNA is your friend. App-DNA will analyse your Windows or web apps against your target OS or browser and provide an in-depth report on compatibility, and can even provide fixes. This knowledge is invaluable for estimating the effort required for a project, and for architecting an application and desktop delivery solution which will meet your requirements. App-DNA is included with XenApp Platinum and XenDesktop Platinum.